The Sport Club program at The College of New Jersey offers the community an opportunity to participate in a broad variety of sports and recreational activities.  All programs are based on student interest and designed to enhance the TCNJ experience by creating an environment where students can unite in diverse groups to achieve common goals and objectives while encouraging healthy lifestyles.  Sport Clubs provide a valuable learning experience through student involvement in fundraising, public relations, organization, administration, budgeting, scheduling, teaching, and leadership development.

Sport Clubs are student-initiated and student managed.  Club members are actively involved in determining the objectives and procedures of their club.  The organizational and decision-making duties of each club are the responsibility of the members and their officers.  The clubs with the most success and stability are those with active members and dedicated officers and members.

The Sport Club Council (SCC) is the primary student-lead oversight organization responsible for advising, advocating, and unifying all organizations within the Sports Club Program at The College of New Jersey and ensuring that participants are aware of their rights and responsibilities as The College of New Jersey Sport Club student-athletes. The SCC will serve as the link between sport clubs and the college administration, and be advised by the Director of Recreation. The SCC shall set and enforce the Sport Club guidelines. 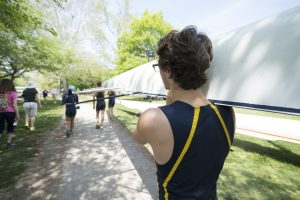 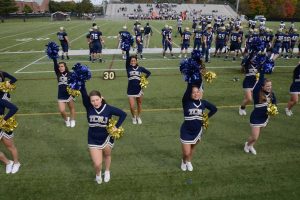 TCNJ Club Baseball is a completely student run organization, and a great way for students to continue playing America’s Pastime without the rigor of a hectic varsity schedule. We practice two times a week and compete interscholastically against teams in the region. We play in the National Club Baseball Association (NCBA) Division II District II South.

Whether you are a four-year HS varsity letter holder or have a new-found passion for the sport, Club Basketball is the perfect option for you. It is a happy median between the varsity level and a simple desire to play pick-up with friends. We do participate in a league with highly competitive club teams from around the area; however, our club is organized so that players of all levels of competition will be able to make the most out of their experience on the team. Generally, we schedule a minimum of four tournaments per semester. As for practices, we hold at least two per week while organizing training sessions or shoot-arounds, as well. Although practices, training sessions and shoot-arounds are not mandatory, attendance is encouraged as it is the basis upon which we make rosters for each tournament.

The College of New Jersey Bowling Club is an organization designed to allow TCNJ students to bowl competitively against students from other colleges and universities from all over the region and the country. It was founded in 1994 and has been in competition since that time and will continue to function and grow into the future. The club is open to all students of TCNJ who share a desire to bowl competitively and a dedication to improve their own personal bowling aptitude. The TCNJ Bowling Club competes in the Eastern Intercollegiate Bowling Conference (EIBC) against area schools such as William Paterson, St. John’s University, Temple University, West Point and several others. Our competitive schedule runs from October to February while practice begins in September and runs until the end of the school year in May.

The College of New Jersey (TCNJ) Cheerleading Team is comprised of a talented group of athletes who dedicate their time in support of TCNJ and its varsity sports teams. The team cheers for all home football games, as well as men’s and women’s basketball games. The team also competes annually at the Universal Cheerleading Association’s College National Championships held in Orlando, FL.  Being a member of TCNJ’s Cheerleading Team is a big commitment, but is also an extremely rewarding experience. The team attends a mandatory 4 day camp in the summer and begins their regular practice schedule (3 nights per week) in late August. There are also work out sessions throughout the year and additional practices during winter break to prepare for Nationals. The season concludes at the end of basketball season in early March.

The TCNJ Crew team prides itself on being a student-run, grassroots effort, and we have made tremendous strides over the past ten years, now boasting a fleet of two 8-person boats, six four-person boats, and one double. As well, we have a room in the TCNJ Recreation Center with over twenty ergometers, or rowing machines. Although we have come a long way, we still fundraise every weekend to keep the team thriving. We row in regattas all over the mid-Atlantic region, participating in the famous Aberdeen Dad Vail Regatta every spring. We’re always open to new membership, and all interested TCNJ students are advised to contact us if they want to try rowing.

TCNJ’s Dance Team is a competitive performance group composed of talented athletes from The College of New Jersey. Since the team’s establishment in 1998, it has been striving for excellence and spirit. The team performs at all TCNJ home football games, men’s and women’s basketball, wrestling, campus, charity and community events as well as national competitions.

TCNJ Club Fencing welcomes fencers from all experience levels, whether you’ve never fenced before or were ranked highest in your high school. We compete in a men’s and women’s league, MACFA and NIWFA, and at a few individual tournaments. Fencing is a great way to meet new people and hone your skills in a friendly environment.

As a team, we strive to play at a competitive level, while still having fun and enjoying the game we love to play. We are governed by the National Field Hockey League, an organization of over 70 collegiate club teams, that holds an annual Fall Championship and Spring Tournament. We practice 6 hours a week, and host or travel to games/tournaments on the weekend. Our team is run by students: the executive board takes care of planning our schedule, fundraising, booking umpires, and financial matters; our team-elected captains lead the team during practices and games.

TCNJ is also an excellent place to continue your competitive hockey career. As an American Collegiate Hockey Association (ACHA) D-II team we play roughly a 30 game season, from September to February. Our competition includes such schools such as University of Pennsylvania, Rutgers, Princeton, RPI, Georgetown, and Seton Hall. TCNJ is a member of the newly created and highly competitive Colonial States College Hockey Conference (CSCHC) but regularly schedules games against other schools outside of the CSCHC. Our players come from prep schools, junior programs, parochial schools, public high schools, and midget programs. TCNJ practices and plays home games at Loucks Ice Center at The Lawrenceville School which is located less than five miles from campus.

We’re is a highly competitive club team at The College of New Jerseythat competes in the National College Lacrosse League (NCLL). Battling in the Liberty Division, the Lions have consistently proven themselves to be a perennial threat against opponents such as Princeton, UPenn, Drexel, and Rutgers. We also make several trips each year to tournaments in places such as Maryland and Pennsylvania. Anyone is welcome to come out to play. Most players on the team have played before, but no previous experience is required. We look forward to seeing you on the field here at The College of New Jersey!

The College of New Jersey’s Women’s Club Lacrosse team competes in the Mid-Atlantic Women’s Lacrosse League (MAWLL) under the umbrella organization of the Women’s Collegiate Lacrosse Associates (WCLA). The team is considered D2 and competes against rivals including Villanova, Temple, Drexel, Dickinson, Rowan, Rutgers, and UPenn. Practices are about twice a week with games usually occurring on weekends. The team participates in a very competitive league while still remaining fun and welcoming to girls of all experience levels. The team is governed by an executive board and three team captains who are also students to run practices and oversee activities.

Lions Gaming aims to bring all of the gamers on campus together. Whether it is through the competitive drive to defeat an opponent or a simple love of gaming, we are all one community. We host weekly general meetings where we all play different games together and anyone can participate. We also host a variety of tournaments and events on campus ranging in a wide variety of games, including Super Smash Bros., League of Legends, and Overwatch. We have fostered over 15 esports teams that have competed across 8 different games as well as intercollegiate leagues such as Tespa, Collegiate Starleague, and The Melee Games. Our competitive teams compete throughout the whole year, and we are always looking to expand into new games.

Lions rugby is known for crushing hits, precision runs, and its will to win. The game is best described as a combination of football and soccer – but way better! We welcome anyone to come out and try the game for themselves…there is a spot for all body types on the field! If you want to play, we will turn you into a rugger.

The club currently compete in the Mid Atlantic Rugby Conference and was a prior member of the Eastern Pennsylvania Rugby Union. The team has grown not only in numbers but also in talent over the past few years and it is looking forward to many successful seasons in the future!

We provide a competitive, yet fun environment for males to play soccer at an intercollegiate level that is more competitive than intramurals, but not as time consuming as varsity.

We provide a competitive, yet fun environment for females to play soccer at an intercollegiate level. This student organization is driven by teamwork, dedication, communication, & the love of soccer.

We provide a welcoming & fair, yet competitive environment. We are part of the National Club Softball Association in the North Atlantic East Region & compete against teams throughout the region.

TCNJ Club Swimming is a great way to participate in swim meets and events throughout the semester and an excellent way to meet new people.Structured practices are held every day of the week, but are not mandatory.  It is a great way for one to partake in a great club that is always looking for new members. Practices are held at the TCNJ pool located in Packer Hall. Come out and experience a fun and healthy way to stay active on campus!

The purpose of TCNJ’s Club Tennis Team is to provide an environment for students of The College of New Jersey to come together and enjoy the sport of tennis. Whether you were a four-year High School varsity letter holder or are looking to try a new sport, Club Tennis is the perfect option for you. It is a happy median between the varsity level and a simple desire to play pick-up with friends.  We do participate in multiple tournaments per semester throughout our area.  As for practices, we hold about three per week. Although practices, are not mandatory, attendance is encouraged as it is the basis upon which we make rosters for each tournament.

The purpose of TCNJ Ultimate is to give students a chance to learn about, practice, & play ultimate. This will be accomplished through practices, on campus events, pick-up games, & tournaments.

TCNJ Unified Sports provides a bridge between Special Olympics and the TCNJ student body.  Partners and Athletes, regardless of ability, come together to promote inclusion through weekly competition in soccer in the Fall and basketball in the Spring.  TCNJ Unified Sports embodies the spirit of the game and abides by Special Olympics’ Athlete Creed, “Let me win, but if I cannot win, let me be brave in the attempt.”  We are more than just a team, we are family.

We are a competitive team that accepts players of all levels. Regardless of individual experience, we aim to raise everyone’s skills & knowledge, while having a great time.